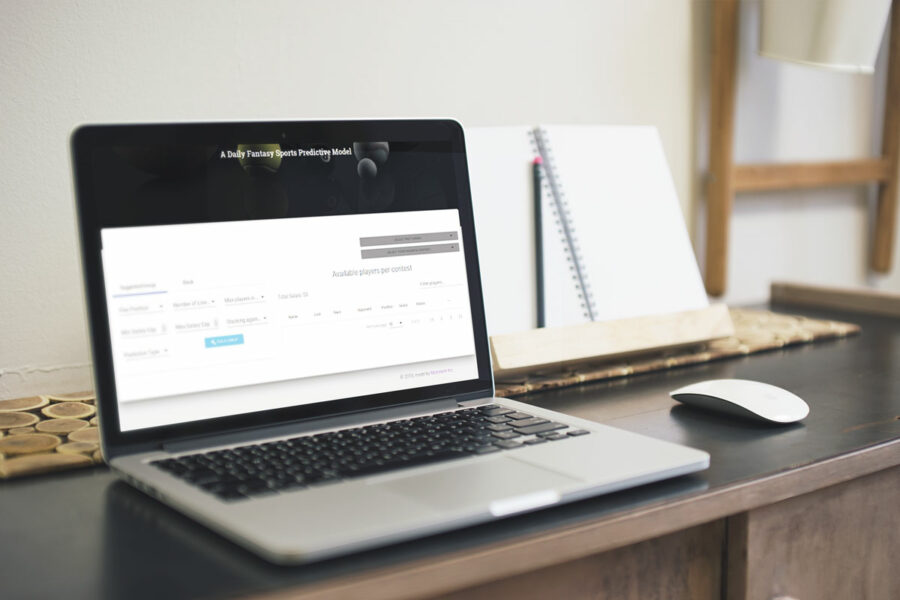 Daily Fantasy Sports are online games where participants put together virtual teams with real players from a professional sport. These teams compete based on the performance statistics of such players in real games and said performance is converted into points that are added to obtain the total corresponding to the fantasy team.

Fantasy sports represent a multi-billion dollar industry. According to the American Gaming Association legal sports betting has already seen more than USD 17 billion in wages and USD 1.2 billion in revenue.

This market is led by two competing services, DraftKings and FanDuel, which, among various game modes, require an entry fee and with this a prize is financed for the winners of the corresponding period (week, season, etc).

The upper end of the market is dominated by the strongest players and groups high rollers, as in the case of our client, a professional bettor with several years of experience in this market.

Mototech integrated different sources of statistical data regarding the historical performance of the players, injuries, fantasy points, opponents, weather data, Las Vegas betting history and details of the places where the games are played.

Our data scientists selected machine learning regression algorithms that use gradient boosting on decision trees to get the best players.

The second stage includes an optimization strategy to put the highest overall number of points within a salary cap on a team. We develop a slightly sophisticated approach to start considering a strategy called stacking where we can ensure that QB and WR are on the same team.
CRISP-DM methodology was used and at each completed iteration benchmarking was performed with different experts (geologists) to feed back the model with new training.

We developed a platform to help in decision making, where the bettor can pre-select players that he wishes to include in the team or let the artificial intelligence make his team proposal according to the specified parameters.

The teams suggested by the artificial intelligence were tested by our client in NFL Fantasy under the rules of the DraftKings platform and they conclude that the prototype makes suggestions comparable to those of a professional bettor.

With the additional and extremely important advantage that a professional requires approximately 40 hours per week to analyze the variables of his betting model, while our solution evaluates a greater number of variables and proposes a team in just seconds.